George was born in Patchogue, Long Island, New York. He danced with The Ballet Markova Dolin Company and appeared on Broadway in several Broadway musicals. Mr. Reich signed a six-month contract with Don Arden to dance at The Lido de Paris in France. George danced at The Lido de Paris for two years and had the glorious honor of being the first male dancer to wear a mirrored g-string costume on stage for a number choreographed by the fabulous Gwen Verden.

George joined The Roland Petit Ballet Company and danced in the film “The Glass Slipper” with Leslie Caron in 1953 at the MGM. He was then offered a seven-year contract to stay with MGM Studios, however, George refused the contract because he wanted to return to Paris, France. He ended up staying in France for 18 years.

George then formed his own ballet company “Le Ballet Ho” in 1955. George danced at the Moulin Rouge, The Olympia Music Hall, and The Ballet De Paris. In 1957 George Danced and choreographed Josephine Baker’s show “Paris Mes Amour” at Olympia De Paris with his dance company “Les Ballet Ho”. During this time, he continued touring with his own dance company, “Les Ballet Ho”, and also choreographed numerous television specials in Spain, Germany, Italy, and England. He has choreographed and directed shows for such stars as Josephine Baker, Marlene Dietrich, Edith Piaf, Brigitte Bardot, Lillian Montevecci, Line Renaud, Michele Richard, and Muriel Millard, as well as The Follies Bergere in Paris and New York, and major casinos from Monte Carlo to Las Vegas.

George choreographed and directed many highly successful production shows that ran from coast to coast from Los Angeles, Las Vegas, Reno, and Lake Tahoe to Atlantic City, Valley Forge, New York City to Miami Beach, also including Montreal, Puerto Rico, the Bahamas, and the Cruise Lines. His award-winning shows are still garnering much applause on many of the Carnival Cruise Lines’ vessels.

George Reich’s choreography and direction is still the mainstay for most of the Carnival cruise ships, and has been since the first large-scale shipboard production show! George through his magnificent shows influenced and inspired many dancers, singers, and performers and molded their lives along the way…………………………….  “C’est Magnifique” !!!!


For additional information or to provide feedback about George’s site. 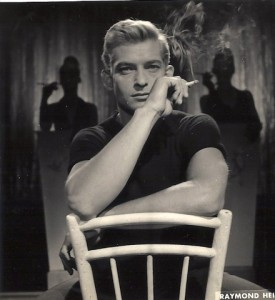